I have been busting at the seams eagerly awaiting the arrival of the Southern Right Whales again in False Bay, Simonstown.

I am super excited to let you know that ‘they’re back! 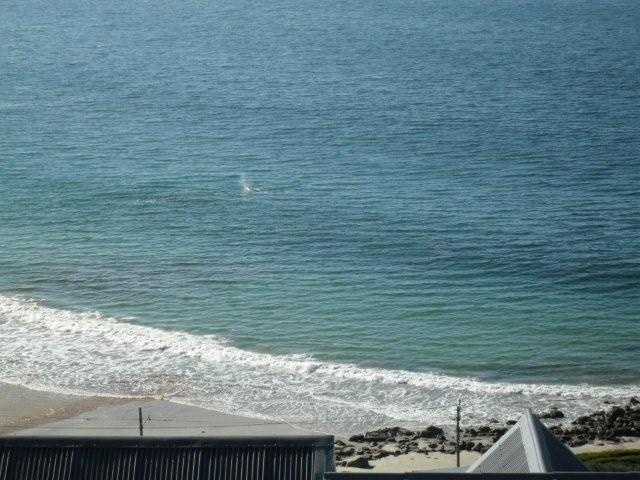 I woke up this morning, opened my curtains and there were 2 Southern Right Whales frolicking in Glencairn Beach… In fact it is almost 3 hours later and they are still within 100 metres of the same location I saw them this morning. Our Simonstown Guesthouse visitors will have the luxury of watching them from the comfort of their room… no doubt they will never want to leave :)

The Southern Right Whale usually migrates to South Africa’s waters between August and November but they seem to be coming earlier and staying later every year. Last year I sighted a pair in front of our house on the 26th of December, 2009.

I secretly like to believe it’s because the whales love Cape Town just as much as we do and they don’t want to leave.. Who would want to leave when Summer is just around the corner??

Anyway friends I am about to go hiking in the neighbouring mountains with my doggies.